One purpose of this blog is to consolidate my writing for other publications. I’ve written a load on health care reform from the beginning days of the Affordable Care Act. These are my articles at Forbes from 2011 through 2018 that are still relevant:

Health Care Reform: The Question We Forgot To Ask – In embarking on health care reform, our country never decided on one important point: Should everyone have health care?

Why Is It All Or None For Obamacare? – I share an example of an organization that railed against Obamacare, only to find that their proposals were pretty much consistent with Obamacare. Funny, as I spoke around the country about the Affordable Care Act, I had a couple of people tell me how wonderful it sounded and asked why weren’t we doing this instead of Obamacare? I still laugh about this.

Gun Owner Rights And Obamacare – Yes It Is In The Law – In this article, I pointed out the influence the NRA had on Obamacare. They were able to include provisions that affected the medical profession’s ability to conduct research related to gun violence and a few other items. A few months later, the Washington Post did an article and subsequently, President Obama rescinded this part of the law. (I wonder if those journalists read my article first?)

Is Obamacare A Government Takeover Of Medicine? – I discuss how much involvement government currently has in medicine and how the Affordable Care Act really didn’t change this so it wasn’t a government takeover of medicine.

Employer Based Coverage Or Obamacare Plan? Which Is Better? – Employer-based coverage wins and continues to win.

Trump’s Executive Order On Obamacare – The Dismantling Begins – How right I was!

GOP, This Is What Americans Want From Health Care Reform – Americans want politicians to bring down the cost of health care.

Horrible Health Plans Or Expensive Coverage – Congress Needs Another Answer – This was during the attempted passage of the Republican health care plan. It was horrible, so I tried to give them some suggestions.

People Don’t Hate Obamacare, They Hate The Cost. Fix That GOP – The GOP didn’t hear me the first time, so I tried again.

And that is the end of my relevant archive on health care reform by our politicians. Of course, I have an entirely different approach on what we need to do to fix our health care system. That series of articles will have a separate entry.

Feedback is appreciated. Call your Congress and give them some feedback on health care reform while you are at it. Peace…

Carolyn McClanahan is committed to keeping our site accessible to everyone.
We welcome feedback on ways to improve the site’s accessibility. 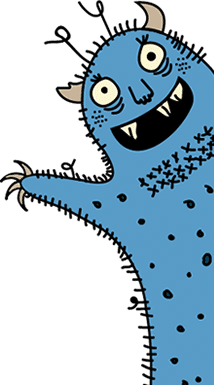